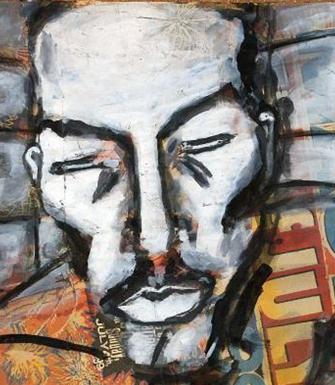 The Newspaper becomes part of the message,

He was inspired by the DADA movement omong others.

As a child developed a strong bond with his father with politics, news, Reading Time Magazine, English and Spanish newspapers. They formed a really strong connection this way.

When Jose was 26 his father passed away. Immediately after started painting on newspaper to maintain that connection with his father.

This he realized many years later.